Teaching the Next Generation 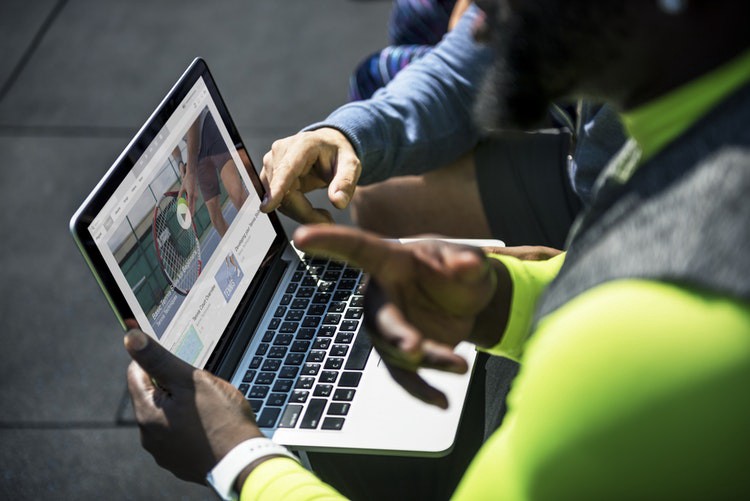 From courses on multimedia storytelling for African journalists to data literacy training for Haitian women to training Canadian future civil servants in using human design principles; the civic tech movement is steadily investing in the next generation. By educating the influencers of the future, those targeted are now empowered to make a positive impact on their communities. Who is this next generation, and why is it important that they benefit from the projects highlighted in this article? Read on to find out more about the initiatives led by Code for Africa, Code for Canada and Code for the Caribbean.

First of all, who is this next generation? One might refer to Millennials, or those born between 1984 and 2004, a generation that grew up alongside rapid technological developments. Perhaps one thinks of a generation of people with constant access to digital tools, growing up to be tech-savvy youngsters. But this is a very Western perspective, one that assumes certain digital infrastructures and foundations, a reality that is not necessarily the case in other parts of the world.

Let’s compare the internet penetration rates of Haiti (12.1%) with Canada (88.5%), being the percentage of internet users relative to the country’s population. There are other factors that demonstrate the technological advancements of a country, but the point is that Haiti’s next generation cannot be compared to that of Canada, or that of Sub-Saharan African countries. Interestingly, this is exactly how the civic tech movement shows its effectiveness in dealing with these different realities; by offering solutions tailored to local needs and availabilities.

A perfect example is the project Code for the Caribbean, sometimes referred to as SlashRoots, launched last month in Port-au-Prince. About 200 Haitian women are now taking free data skills courses to to increase their chances of online employment. A solution for the challenges in Haiti, with its high unemployment and poverty rates, and a gender gap. It illustrates how the contexts shape the solution, bearing in mind the fragile digital infrastructure of the country. As the course is offered digitally, students are equipped with a tablet to access the course. Most students do not have access to PC’s, and it is exactly those whose educational opportunities are limited that can benefit the most from this program.

How does this benefit the next generation? Although age was not specified during the selection, it were young Haitian women who did not finish either high school or tertiary education were approached for the course. In many developing countries, families often rely on one or two breadwinners who may have to sacrifice their educational development. By offering exactly these people higher chances of employment whilst educating them, entire families can benefit. Not just through increased incomes, but also through demonstrating the importance of education. Other family members can be motivated to follow the same path, and the exposure to a tablet is the first step to improving tech skills.

Let’s jump to the other side of the world. Code for Africa, in collaboration with Google News Lab and the World Bank, has opened a free data journalism academy where students and journalists can follow online courses to improve their skills. The goal? To teach (future) journalists how to create data-based stories, of which there are less being produced in Africa than in the rest of the world. Students learn to identify fake news, to fact-check presidential claims and to crowdsource information for journalistic purposes.

Although open and accessible to anyone with an internet connection and a smartphone or computer, the courses are tailored to the African context. And this is what makes this course unique; data journalism for Africans, created or edited by Africans.

the willingness to accept new methods and provide feedback. Maybe we should not speak of a next generation, but of a now generation. Anybody willing to review and incorporate alternative methods has the biggest chance of advancing their professional skills. That’s where the impact hits.

The project launched a year ago, and apart from the fact that approximately 1200 people subscribed to the course, perhaps one of the biggest achievements is that a lecturer at Rhodes University in South Africa has incorporated the course into her curriculum. Not through any effort of Code4Africa, but entirely organically, meaning that at least one academic institution is recognising and validating the relevance of the course.

Code for Canada- A Course for Public Sector Innovators

In Canada, we meet a radically different context and objective, but with the similar result of making a positive impact on communities. Code for Canada is offering a Digital Government and Civic Tech course to develop capacity for (future) people in government to innovate and improve government services. Offered through a course at the Ryerson University: Chang School of Continuing Education in Toronto, students of any major can choose the course as an elective. They learn to understand the fundamentals of digital government and for example, learn to apply human-centered design principles.

Although the course does not specifically target youth- it is mostly professionals already working in government who take the course- the program does aim to change the idea that government is a restrictive, even frustrating place. Instead, they want to illustrate that it is a space with opportunities for innovation, and where one can implement positive change in society. It is not unimportant to highlight how cool working in government can be. Governments in Canada struggle to find the right applicants for open positions, and with the population ageing it becomes increasingly important to excite the next generation to work in government.

Luckily, the course is gaining popularity. It is now available as an online elective, making it accessible for Canadians who live outside of Toronto. In fact, no one from Toronto applied for the online course, proving that the course is expanding in reach.

These three projects are currently in progress, promising to deliver results that will ultimately have a positive impact on society. Of course, this is only the tip of the iceberg of what the civic tech movement is accomplishing globally in terms of educating the next generation. But these exciting projects, despite their different realities and objectives, are changing lives right now. The future will demonstrate the lasting effect of these projects, but it can be said with confidence that they will be constructive results.