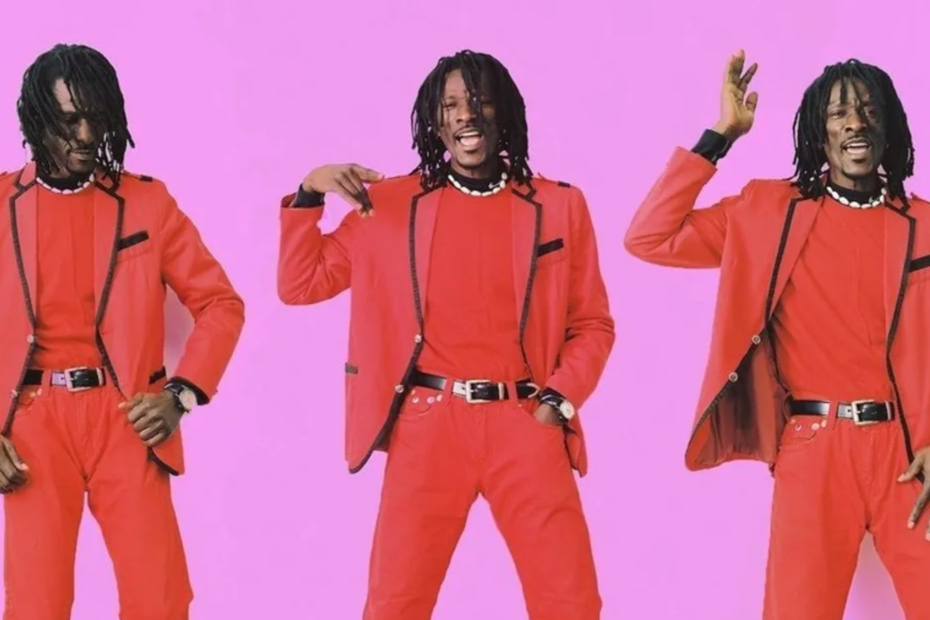 Two Sierra Leonean artists share their opinion on Janka Nabay and his influence on their artistic development.

On April 2nd, 2018, Ahmed Janka Nabay passed away in his homeland, Sierra Leone. He was known nationally and internationally as the Bubu King for his modernisation and popularisation of bubu, a music style indigenous to the Temne tribe of Sierra Leone. Janka Nabay broke through in Sierra Leone in the 1990s, and after he moved to the United States in 2002, where he played and produced alongside a group of musicians as Janka Nabay and the Bubu Gang.

Janka infused bubu music, traditionally played on bamboo flutes and metallic or wooden drums, with funk, and used a combination of Western and electronic instruments to replicate the hypnotic melodies. After Janka left Sierra Leone, his status transcended from Sierra Leonean music hero to being called “cool” by Westerners, touring the world and bringing bubu to an even bigger audience.

But what is his legacy in the Sierra Leonean music industry? Has Janka been able to influence contemporary Sierra Leonean musicians after his departure? Two Sierra Leonean artists share their opinion on Janka Nabay and his influence on their artistic development. Their voices are filled with respect, but also with a sense of abandonment by an artist who left after the civil war and seemed to have had forgotten his homeland.

Janka Nabay is a Sierra Leonean legend, there is no doubt about that. His song, “Lek U Culture,” never left the memory of Fantacee Wiz, a traditional folk musician and feminist from Kabala. Drizilik, a hip-hop/fusion artist from Freetown, also recalls his childhood filled with bubu music from Janka Nabay.

“When someone says bubu music, it must be Janka Nabay,” Fantacee Wiz states. Janka Nabay took something fundamentally Sierra Leonean and popularised it. It became an instant hit during the ’90s and early 2000s in Sierra Leone. However, when Janka Nabay in left 2002 due to the civil war, he took his fame and music with him.

Fantacee Wiz expressed her disappointment with Janka’s departure. “Why did he leave? Why did he stop doing music? His music was so great, and because he left, it became more difficult for someone like me to break through. If nowadays his music had been as alive and kicking as it was during my childhood, it could have paved the way for me as a folk musician.”

It was only because Fantacee Wiz followed him on social media that she became aware that he was still active. Before that, she and many others thought that Janka Nabay had stopped making music. “Imagine all those who do not have social media, or follow him, they thought that he had forgotten about Sierra Leone, about bubu.” Drizilik also mentioned this feeling of abandonment. “Artists leave for the States and then forget about the Sierra Leonean music, their family, everything, to pursue a life and career over there. I can’t blame them. We all want to be successful, but if music and making a change in Sierra Leone is your passion, you should come back. Not necessarily physically, but you have to create an impact back here.”

There appears to be a discrepancy between Janka’s popularity in the West and his absence in Sierra Leone. How come he was releasing popular songs in the States, whilst Sierra Leonean’s thought that he had stopped making music? There seems to be a neglect of Sierra Leonean music and musicians by the national media. According to Drizilik, this trend has been happening for the past five or six years. “There is maybe 20% attention for Sierra Leonean content. It is 30% politics, and the remaining 50% either Western, Nigerian or Ghanaian content.” Apparently, Sierra Leonean culture is not being appreciated in general. There are no art or music academies, no parental support for those who seek a creative career, and the dynamics of the music industry make it even harder for artists to get by.

Drizilik revealed that radio DJ’s can charge $100 to play a song. Fantacee even had radio DJs asking her $250, a hefty sum, especially when considering that artists fees are low in the country, and that there are few other sources of income.

This is something that left Janka Nabay gravely disappointed. On a Facebook call that Janka had with Fantacee last year, he praised her for the type of music that she made, as so many Sierra Leonean artists are copying American and Nigerian artists.

Not all is lost

Still, Janka Nabay could have seen his legacy continued in the New School movement, a group of young, urban artists who Drizilik identifies with. He was inspired as a young musician by Janka’s music.

“I wanted to fuse hip-hop with bubu music.” The result was the track ‘Ah de go dae gbet’ (2017), which became a big hit in Sierra Leone. Drizilik thinks that Sierra Leoneans must pay more attention to musicians like Janka Nabay and their creative legacy.

“We have realised that we cannot lose bubu music again. We need to come together and build upon his legacy. We should change direction, towards a better Sierra Leone. A Sierra Leone where we proudly develop our own culture and push it forward.”

Fantacee also let’s bubu inspire her future path, and finds strength in the encouragement that Janka gave her. “He said that his music touched so many lives, and that it cannot be measured in awards. It will not be easy to succeed, but when you do, the results will last.”