or life without ritalin in freetown 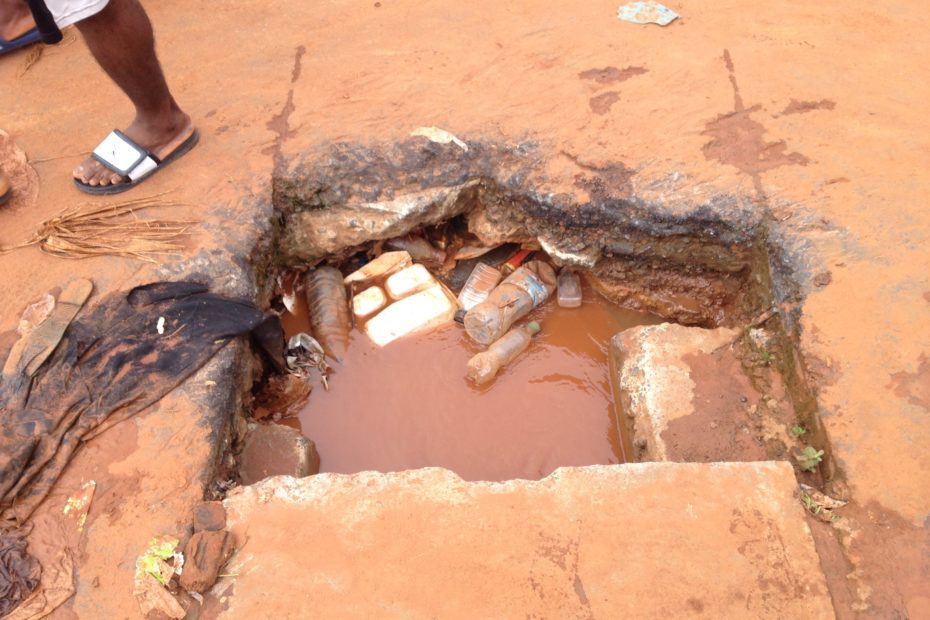 I hang on the balcony hanging on my phone, overlooking the crowded Dundas street. The shadows are pastels, the never-100% white signs and plastic chairs aggressively reflect the midday sun.

I am crying on the phone. It’s one of those days that nothing seems to work and my period is about to come and its Monday and the night before I binged on half a chocolate bar which is officially classified as a ‘subjective binge’, and I couldn’t sleep and I’m out of Ritalin and chaos is thoughts and thoughts are looping.

To summarize; I have nothing to cry about.

I cry silently whilst observing the coming and going of Sierra Leonean workmen cementing a sad building, women carrying baskets of lime’s stacked upon one another, taxi’s, okada’s, kekes honking carrying passengers with sun-bleached eyes that passively stare out the broken windows.

I am about to embark on worst-case-scenario- what if I never should have moved here, why do I even think I deserve to exist, what is the point of getting up in the morning and why am I so tired if I don’t even work that much- train that leads to the capital of DOOM, when my eyes catch a little boy making a beat.

With two pieces of broken tile. The faded salmony tiles with ragged edges have lived a life not many can identify with. Coming from the broken heart of a life-tired tile designer who never wants to eat on Thursdays but always has his deadlines on Thursdays and finally delivers this design, which will go in category ‘Buy big pay small’ for exactly three months as a final desperate strategy of a failing company, then ending up in Sierra Leone of all places, where the buyer started constructing a house but after three rainy seasons of having al his doors, window, handles, cement, sand, water and tiles stolen gives up and decides to instead spend his diasporic money on Black Label and Guinness beer in the UK.

No one wants to buy the stolen tiles. Tired of trying, the thief (ironically being the brother of and secret father of two the constructors’ 7 children from the three different girlfriends the buyer keeps next to his British wife) decides to dump the cargo on the street the night of national cleaning day as a silent protest against national cleaning day because he believes that the travel ban directly influenced his impotence.

Nothing stays unused in Freetown. The 330 stolen tiles had all but dissapeared before dawn, leaving 3 broken tiles that no one bothered to even consider as a piece in a mosaic for those squatting toilets. Totally forgotten they lay there, unwanted. Pieces in a world that doens’t give a shit about them. Laying on a pile of dusty rubble, until a boy weighing nothing wearing nothing picks up two of those pieces, stares at them intently, and then, claps them together.

What a metamorphosis! A pleasant short-wave high pitched sound is born. The boy knows that this is it. He continues; tak-tak-taktak-tak-taktaktak, his lower lip pulled out. He stands there with his legs wide apart exploding into tiled madness as his friends watches and gyrates his head. I stop crying. We all are hypnotised by the unexpected pleasantry of the tile beat. My from the balcony, the two boys on the street. He now gets creative, adds a little notch; rakakakaTTKAKATtrakakarTATATK, faster than before, It continues – traffic fades, just the tile beat and his hearbeat and my evaporating sadness and last cry of the tiles who are

Who could’ve thought these tiles were destined for such greatness?

Then, with much force and determination, the boy throws one of the two pieces on the asphalt in front of him. It shattes dully without much drama. He stares at it, throws the second one with a bit more force. Yet another unimpressive death. For a few seconds, the beat lags on in my head. The boys are immobile, their boredom chasing after them as they start walking again. The beatmaker glances up to me, and I wonder whether he can see my teary eyes. And I wonder if he thinks I cried for the tiles, or for the beat, or for his poverty, or for —

The traffic sounds swell, I am back in reality. Ten minutes have passed. I need my Ritalin back.